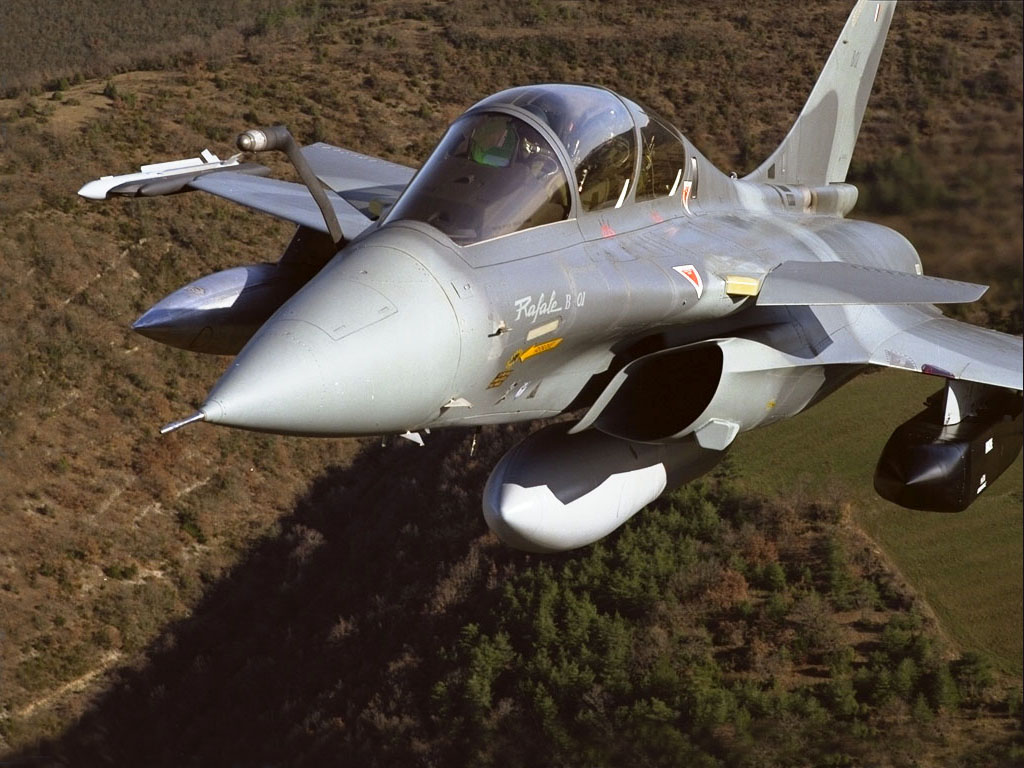 French and American Navies Show Diplomats a Thing or Two

Last week, the Charles de Gaulle steamed into the U.S. naval base at Norfolk Virginia for the first visit of a French aircraft carrier to the United States in more than 30 years. Accounts of the exchange indicate that politicians in Washington and Paris could learn something from their fighting men at sea.

Norfolk, Virginia: For the first time in over thirty years, a French aircraft carrier is making a stopover in the United States. It arrived last Friday at Norfolk, the American Navy’s top naval base. The ship will weigh anchor tomorrow. Sandwiched between the [USS DWIGHT D.] Eisenhower and the [USS Theodore] Roosevelt, the Charles de Gaulle looks like a little brother, about 100 meters shorter than the American mastodons. The Charles-of-Gaulle [38,000 tons] has a crew of less than 1,800 men -- three times fewer than the Roosevelt. "97,000 tons of diplomacy," proclaims an official brochure. The American ship even has its own prison on board. As for the French aircraft carrier, it was, temporarily, to become a passenger vessel. "That is what the fates decree," said Captain Raphael Clivaz.

The Charles de Gaulle, on the other hand, to the amazement of the American officers who must submit to a zero-tolerance alcohol policy, has its own bar. The men are entitled to a single beer every 45 days at sea. In the same way, French officers have napkin rings in their dining room, and the fresh bread straight from the ship’s bakery surprised the American officers. "I told my friends on the Eisenhower to benefit from the stopover by coming on board to eat," joked Jim Walsh, staying on the Charles de Gaulle to show the French the American system of catapult-launching [the technique for launching aircraft from U.S. aircraft carriers].

This stopover in the United States, the first of a French aircraft carrier since 1973, was bitterly negotiated for six months. Arriving of the coast of Virginia, the French displayed flags of friendship. [Admiral] John Nathman, the commander of the U.S. [Atlantic] fleet, was invited on board for an exhaustive tour: his hosts endeavored to show him and his entourage, "what they usually do not show." Vice Admiral Jacques Mazars even thought it was a good idea to seat Admiral Nathman in the cockpit of a Rafale [French fighter plane] and photograph him on the French vessel as a memento before his departure. Even at the height of tensions over Iraq, the lines of communication were never cut between soldiers of the two nations, insists the French command. "While our bosses engaged in mud-slinging matches on Fox News, I was working with the [USS Harry] Truman in the Mediterranean," volunteered Vice Admiral Mazars.

For the [naval] exercise, held before the Norfolk stopover] the Charles of Gaulle took command of a multinational force of 18 ships: French and American aircraft carriers, and frigates from Spain, Britain and Canada. The loudspeakers of the Charles of Gaulle warned personnel: "We are now entering a zone of danger missile." In fact, the adversary was not American, but Vacapessien, an imaginary enemy "equipped with basic but effective armaments.” To counter his attack, the Charles of Gaulle would fire two Aster missiles.

Also on the program were landings – an American plane landed on the French carrier and the French plane landing on an American carrier. A hundred people, and almost as many cameras awaited, on the bridge of the Charles of Gaulle, the arrival of the American F-18. For an American pilot, explained a U.S. bridge officer, “to land on this jewel of the French navy, is like landing on a postage stamp lying on a table." The Rafale left the Charles de Gaulle for a "touch and go" on the Eisenhower and landed there with ease.

"One will not land a flotilla of Rafales on an American aircraft carrier, nor more than one flotilla of F-18s on a French carrier. But it is insurance for the future," the pleased French admiral said. "It is reassuring to know that in a hostile country, a plane can come and land on the bridge of an ally."

On the last day at sea, on the gangway of the Charles de Gaulle, a sailor whistles the American national anthem. On the television sets on board, a repeating video clip informs sailors of the risks incurred in the event of infringement on American territory.

Then a slide show opened with an image of the World Trade Center on fire, "a traumatized nation." Next is a photograph of Iraq, "a nation at war." And at the end of the video, as if it were necessary to point it out, the words: "A friendly democracy, an allied country."